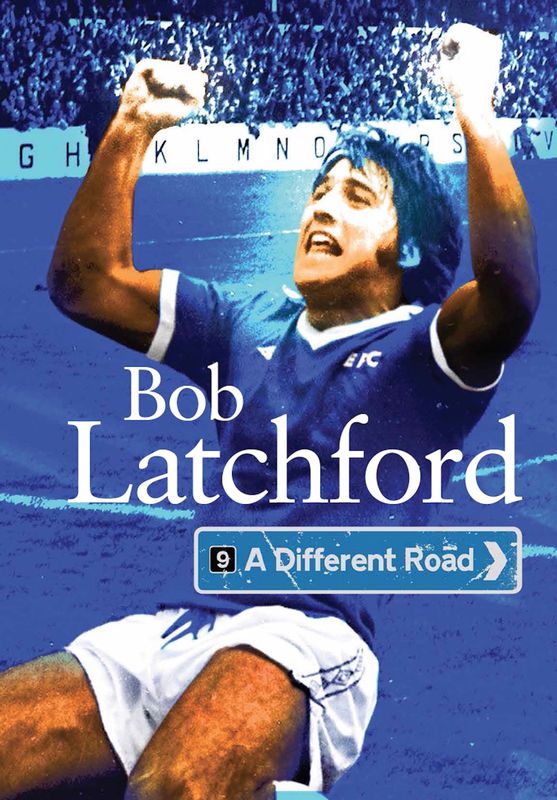 A Different Road provides a tantalising sense of how Everton might just have become the force and the name in the world game that Liverpool proved to be, had they only managed to make their greater spending count on the pitch.

In 11 consecutive seasons of top-flight football between 1972 and 1983, Bob Latchford scored more league goals than any other First Division player. A British transfer record holder and icon of his era, for fans of Everton, Birmingham City, Swansea City and England Latchford was a man who truly 'walked on water'.

A player who averaged a goal every other game throughout his career, in the blue of his beloved Everton only Dixie Dean and Graeme Sharp have ever bettered Latchford's phenomenal goalscoring record. His goals at Goodison brought Everton to the brink of silverware and Latchford England recognition. For Birmingham his partnership with Trevor Francis and Bob Hatton earned them promotion to the First Division and at Swansea an Indian summer almost brought an unlikely First Division title.

And yet, despite being one of the most prominent footballers of his era, Latchford remained uneasy with his fame and the focus it brought. Only now, nearly three decades after he last played professional football, has Latchford decided for the first time to put his life story down on paper.

In this thoughtful and revealing autobiography, Latchford takes us through his hugely successful career. He recalls a childhood with two brothers who also enjoyed long professional careers, his early successes with Birmingham and joining Everton as the most expensive player in British football. From Everton's doomed 1974/75 challenge, through his famous thirty-goal quest and near misses under Gordon Lee, he helped restore pride to Evertonians during a time when living in Liverpool's shadow had become a way of life. Silverware, for so long elusive, was finally earned in a thrilling interlude at Swansea City.

Latchford shows us his career, but also the challenges, uncertainties and joy he experienced off the pitch. A man who has always allowed his heart to rule his destiny, A Different Road is a rare thing: a deeply honest and poignant account of a life in and out of football, showing a human face to a hero that few could ever imagine.

Bob Latchford was born in Birmingham in 1951 and started his professional football career with his home town club, Birmingham City, as a teenager. A strong, powerful, traditional English centre forward he became one of the most coveted players in the country, and it took a British record transfer fee to bring him to Everton in February 1974. In total he scored 138 goals in 289 Everton appearances in a seven year spell at Goodison, also earning 12 England caps. He later played for Swansea, NAC Breda, Coventry, Lincoln City and Newport County, finishing up at Merthyr Tydfil. He returned to St Andrews as a youth coach in the mid-1990s, but subsequently turned his back on football following the death of his wife. He now lives in Germany with his partner and two youngest children. 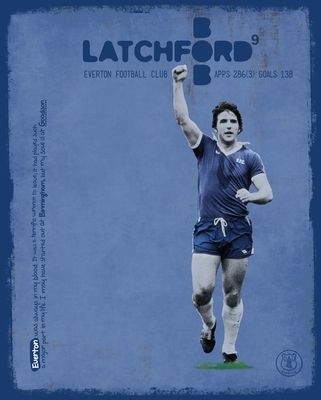 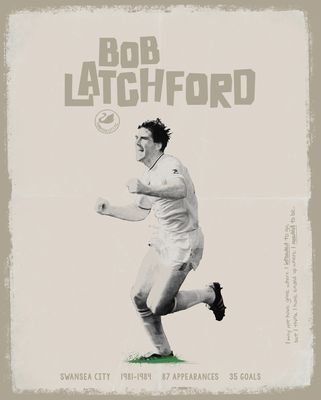 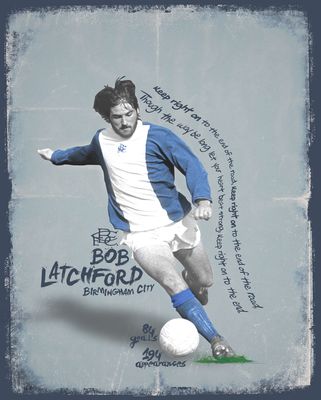