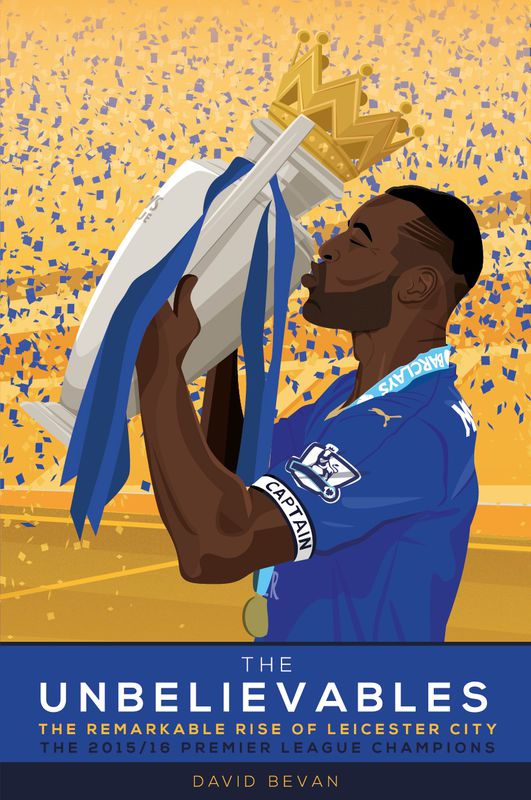 The Unbelievables: The Remarkable Rise of Leicester City

The Unbelievables is a charming addition to your shelves of football books.

He describes a campaign that moves from optimism to appreciation, to disbelief, to hope and finally hysteria.

At the beginning of April 2015, newly-promoted Leicester City were seven points adrift at the foot of the Premier League. What happened next was truly extraordinary. Not only did Leicester pull off one of the great escapes to survive in the top flight but they continued their form into the following season.

The manager who orchestrated Leicester’s promotion and survival, Nigel Pearson, had left the club by then, replaced by the former Chelsea, Juventus and Roma manager Claudio Ranieri. The press gave ‘The Tinkerman’ no hope of staying the course and the bookies installed Leicester as one of the favourites to be relegated. They were priced at 5,000/1 to win the Premier League.

Against all these odds, Leicester built up a lead at the top of the Premier League table that was, by stages, fanciful, improbable, extraordinary and finally insurmountable. On 2 May 2016 Leicester were crowned Premier League champions. The season would make stars of Jamie Vardy and Riyad Mahrez. In November, Vardy broke Ruud van Nistelrooy’s record by scoring in eleven consecutive Premier League games and he would later be crowned FWA Footballer of the Year. Mahrez’s goals and assists, including magnificent solo goals against Chelsea and Manchester City, won him the PFA Player of the Year award.

If Arsenal’s unbeaten season in 2003/04 saw their team dubbed the Invincibles, then Leicester’s exploits in 2015/16 have made them The Unbelievables. This is the story of their season as seen through the eyes of the supporters who have followed them up and down the country with an increasing sense of wonder.

David Bevan has written for the Guardian and the Daily Mirror. He is a season ticket holder at Leicester City and attended every game home and away in the club’s most incredible season. The Unbelievables is his first book.